Meetings of the writing group take place in the Kennet & Avon Canal Trust Stone Building, The Wharf, Newbury, West Berkshire,  at 10.30 a.m. most Fridays; they are open to all, irrespective of experience and age, and new members are welcome.

Our meetings have varied themes and literary activities, examples include:

-  more formal readings, often with members of other local groups

-   writing exercises on a set theme; or inspired by music, pictures and objects brought in by members
the pictures below are of wood-carvings by group member Don Carter; © Don Carter, 2013.
Further information on Don's wood-carvings can be obtained via the contact details on this web-site.
Other activities
We have produced seven anthologies of the group's work:

... and the weekly meetings are usually followed by a visit to a hostelry in the nearby town centre of Newbury.

And This Was Us was produced to coincide with Gareth Alun Roberts' departure to Aberystwyth.  Compiled by Terence Brick with an illustration by Don Carter and photographs by Robin Read and Gina Graham.  Published by Tawny Owl Press, 2019

Links to other web-sites 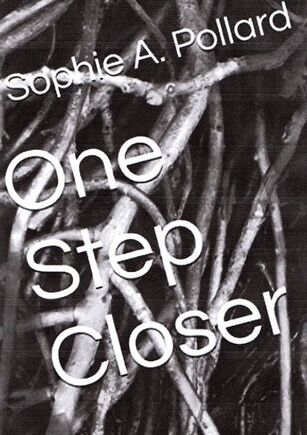 One Step Closer is Sophie's first novel and has been published in a Kindle edition with a paperback version on Amazon.  Its first UK reviewer said:-


Gripping Read from Start to Finish


Very good and enjoyable read.  It kept me interested from start to finish. Looking forward to reading more from this new and talented author.


Stomach twisting psychological thriller.  Alex Clark is haunted by an entity that wants to consume her withered soul and will stop at nothing to take it.  With new love and old friends, Alex tracks down the source of the brutal murders happening around her, losing those she loves along the way.  Alex learns that with every minute we are all but One Step Closer to finding our purpose, our strengths, and are all One Step Closer to death. 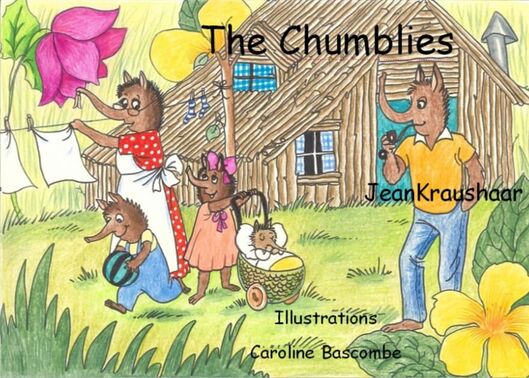 The Chumblies is a delightful book written with a four-year-old in mind by Jean Kraushaar.  It is a cheerfully illustrated adventure with a happy ending. 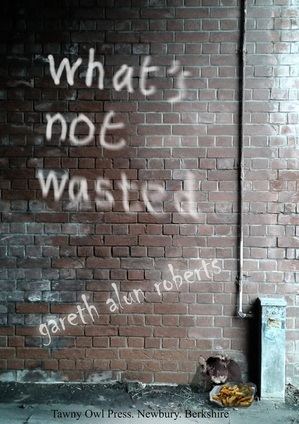 Gareth has had poetry published in various magazines and  anthologies.  This is his first collection, which takes us from the wild Atlantic shores of Cape Wrath in Scotland to Antarctic wastes, via the  Thames valley, Wales and Cuba. The poems cover diverse themes and subjects, but all attempt to explore the many wildernesses of place and self, to celebrate that these wilder lands are not wasted.

Gareth has now returned to Wales after living in Newbury and the far north of Scotland.  He hasn't yet lived in Antarctica.

Click on Gareth Alun Roberts: poetry to go to his web-site 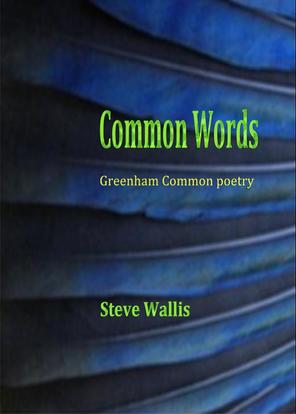 A collection of Greenham Common words, arranged by a common man to fit a common saying.  Its forty poems reflect the natural and political histories of the Common, its visitors and its residents, from the Ice Age through the Cold War to a present hopeful of a future.

Steve Wallis is a poet and storyteller who has had the good fortune to live in Newbury, conveniently situated for walking on Greenham Common. 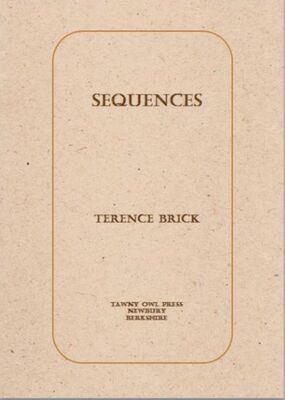 Terence Brick was born in London.  His poems have appeared in a variety of publications including the PEN, Arts Council and Salmon Poetry anthologies and a number of little magazines including The Interpreter’s House, Orbis, Iota and Envoi.  His poems have also been read at Geenwich Theatre, St Johns Church Smith Sq., Abbey Theatre St Albans, Whitchurch Silk Mill, The Orangery Kensington Palace, St Paul's Church Hammersmith, United Reform Church Camden Town 'The Bacon Arms', 'The Black Bull' and 'The Man with the Load of Mischief'.  Sequences is his first collection.  He lives in Newbury and is a founding member of West Berkshire Writers.

It follows three months after the events of Painted Ladies when Jasmine responds to a cry for help and finds herself involved in a murder investigation. She wants to find the killer but the first question is the gender identity of the victim.

Jasmine is also facing a major step in her transition.

Jasmine Frame is a struggling private eye when she receives a phone call from her former colleague DS Tom Shepherd. She learns that DCI Sloane needs her help to identify a murder victim found on the bank of the Kennet and Avon canal.  Sloane’s attitude to her transition from male to female was the reason Jasmine left the Police Force.  Nevertheless Jasmine accepts the offer and soon finds herself on the trail of the killer in the twin Berkshire towns of Kintbridge and Reedham. Her determination to stay on the case is strong enough for her to put her developing gender identity to the test. When a plan to trap the killer fails Jasmine finds that her own life is in danger.

Painted Ladies is the first novel featuring transsexual private detective,
Jasmine Frame, based in the fictional (in name) Berkshire town of
Kintbridge. It is available as a paperback and e-book obtainable from all
bookshops and online.


Copies can be purchased directly from the publisher www.troubador.co.uk
You can find out more about the author and Jasmine Frame at www.ellifont.wordpress.com

Penny Ellis formerly lived in the Newbury area and was a keen member of West Berkshire Writers.
She now lives in Herefordshire but returns to Berkshire when she can. 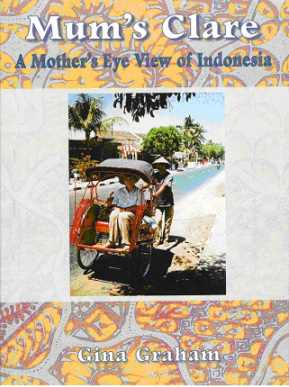 My friends and family were astonished, even appalled, that I would be travelling on my own to the other side of the world.  I had never done anything like this before.  I intended to travel light unaware I was carrying my baggage in a Pandora’s box with my past ready to fly out and embarrass and confuse me.  Naively I boarded a plane at Heathrow, confident that Clare would meet me at Jakarta, as she had repeatedly promised.  But Clare would succumb to ‘jam karet’ and be nowhere in sight when I arrived.  Instead, a stranger greeted me with, “Hello, are you Mum’s Clare?”

This true story is the personal adventure of an ordinary person spending time in mysterious places with truly remarkable people.  My 20 year old daughter Clare invited me to join her in Indonesia, the country she had grown to love during her Gap year.  Neither of us knew that July 1997 would be the beginning of Indonesia’s financial crisis and that future event would make a similar visit difficult.

For further information on 'Mum's Clare' contact via email ginagraham2003@hotmail.com

Jean was born in the Halfway Inn, Welford on 10th August 1940.  She attended Craven School, Newbury run by Katherine Sparrow after which she gained a place in Newbury County Girl’s Grammar School - now St Bart’s.

She was always full of praise for the education she received from Mrs Sparrow and this was the basis for her love of history, English language and creative writing.  Together with Robin, the husband she married in 1967, many journeys were made across the country, he with his camera, she with her note book.

Jean joined West Berkshire Writers, Newbury’s foremost writing group, on a bitterly cold February night in 2004 keeping scarf, gloves and overcoat firmly in place.  It was thought at the time this would be her first and last visit.  How wrong can you be?  She became assistant co-ordinator and made valuable contributions to the running of the group, hosting evenings and all the while researching this book.

Jean died on 29th February 2020 in the hospital at which she had spent most of her working life, and she had spent well over half that life in the parish of Speen giving her the credentials to chronicle its story and celebrate its place of worship.
​ 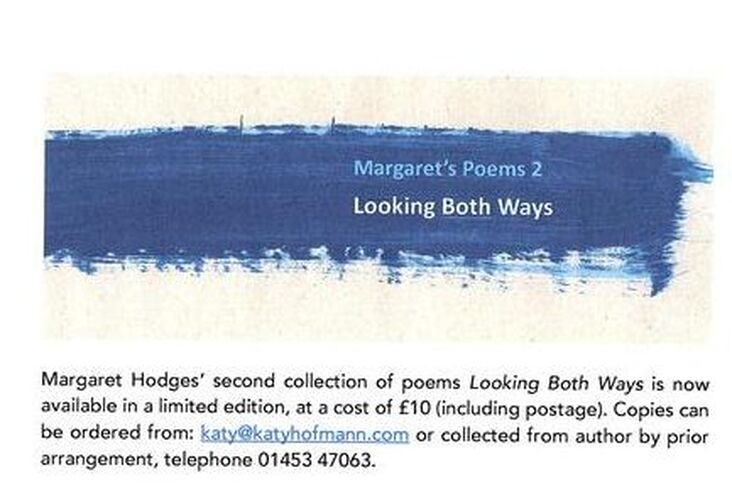 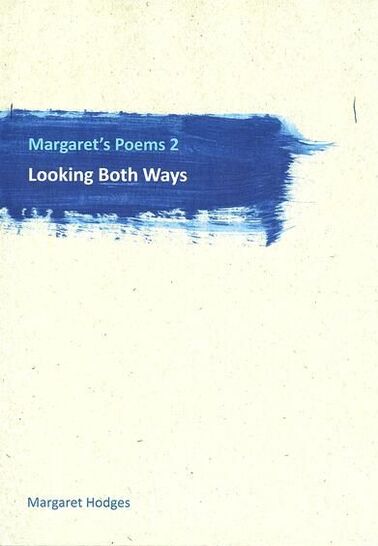 MargaretHodges is a practising artist who has worked in a variety of media ... in recent years she has focused on writing.  Her first book Words are Dangerous​ (2018) is a collection of poems written from 1968-2017 in bouts between studio and on-site activities.

'I write now where I used to paint
I always wrote - private recollections
Reflections, findings
Clearing my mind but also making, creating.

One goes on working.'